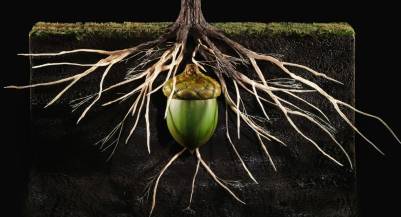 For the past few weeks I have been reflecting on how to consolidate learning.  I have considered the different strategies I use to diagnostically capture the knowledge that my students can retrieve.  Making learning stick is the goal of every teacher, and it comes as no surprise that there are many ways to help this happen – but are all effective?  My reflection and narrative of consolidating learning is to begin a lesson with an image and end with the same image. Maybe this strategy creates the opportunity for students to begin thinking about meaning.

My two year 10 groups are currently analysing the poem ‘Ozymandias’ – a poem which captures ideas around human power; its glory and its ignorance.  My lesson began with the picture below:

The goal in mind was to make my students curious and to make that curiosity grow whilst ensuring optimal learning.

I saw the picture above like dual coding; each part of the image was to become a trigger for the knowledge that I wanted to grow and make stick (a theory proposed by Allan Paivio 1986 on the principles that human cognition has become specialised in dealing simultaneously with language and with nonverbal objects and events).  If the image could be the ‘non verbal object trigger’ for previous knowledge, my thought was it could then be used to support comprehensive understanding when the text of the poem was explored and analysed.  A journey of elaborative interrogation had begun.  I encouraged explanations from the students as to why they attached the thoughts that they did.

And so the lesson began.

“Student x what can you see?”

Targeted questioning continued until our thoughts drilled down to the statue being broken, corroded and at one time it would have been magnificent.  Perfect.  Without the students realising, we had already covered some of the main ideas in the poem and built a bridge between what they could see from in the image to what they were about to read. In using this non verbal object, I had created an opportunity for co-ordinated meaning from image to text.  With careful consideration of deepening their contextual understanding with tier two vocabulary (and by keeping the end goal in sight) a rich tapestry of learning was being weaved.  The threads were now being connected and braided by the students.  A sandstorm of analysis had been born.  My students had kept that intriguing image at the centre of their analytical narratives, teacher talk was limited and analysis of the poem was the problem to be solved.

Fast forward to the traditional consolidate at the end of a lesson. I used the same image –  only this time the student explanations were far more fruitful in knowledge application and explanation.  I had realised my goal that to make the learning optimal, my students needed to be sure that they extracted all the meaning from looking at the image with the knowledge they had been exposed to in the lesson – leaving ample time to allow depth of thinking and reflection.

And so the lesson was consolidated.

“Student x what can you see?”

“A face of a fallen ruler, Ozymandias”

“Student z, what word could we use to describe Ozymandias as a ruler?”

“Arrogant.  His rule impeded on the lives of society at that time.”

“Can you demonstrate this with any evidence?”

“Sneer of cold command and the word despair.”

Images are a great way to consolidate learning and build learning bridges.  They can become part of practice testing as students try and remember knowledge attached to the image.  It’s the trying to remember that drives the testing effect.  My final thought – this strategy worked well. Sometimes you have to start at the beginning to project what you want at the end.  From small acorns mighty oaks really can be grown.

The Halifax Academy (4-16 through school)

Expert in use of research with students & staff, using CUREE & EEF evidence to develop capacity to drive improvements in practice & outcomes.

The Thinking Voice is a blog by teacher and author Cath Proffitt.

All views are my own.